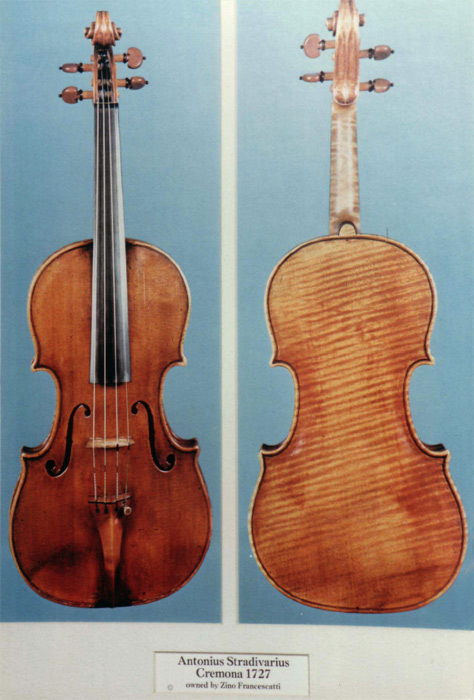 Signed and dated by Stradivarius in 1727 Zino Fancescatti’s violin is known to have been made by the famous violin maker in Cremona and to have undergone no retouching. Its detailed story is known since its presence in Edimburgh in 1840. At the time it began the property of a Mr Leslie who bequeathed it to his son, a famous choirmaster. Bought at auction in 1876 by the famous instrument collector Georges Hart, it was sold a few years later to an American amateur M. Wright. At the death of the latter, it was sold to M. Lees, a violin maker in Oldham, England. The violin stayed in the family till 1935.Mr William Hill, a famous violin maker in London became its owner but he sold it almost immediately to a Frenchman, doctor Lacombe. In 1940 doctor Lacombe, living in Paris, used it to transfer funds which allowed him to install a surgery in New York. Zino Francescatti bought it in 1942.Afer 45 years of happiness with his Stradivarius violin, he gave it away to a famous Italian violinist, Salvatore Accardo.